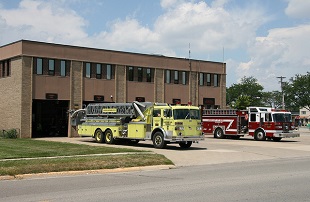 A community situated in the Downriver area

Lincoln Park is a city in an area of cities and communities known as Downriver. The population was 38,144 at the 2010 census. The settlement was organized as a village in 1921, and reorganized as a city in 1925. The area was originally home to the Potawatomi Indians who ceded the land to a French settler, Pierre St. Cosme, in 1776. During the 20th century, Lincoln Park grew as a bedroom community for the numerous workers at Henry Ford's River Rouge Plant and other mills and factories of the auto industry.

Among Lincoln Park's minor claims to fame is that it was the home of the members of the seminal punk rock group MC5 in the 1960s. The band was rumored to have evolved out of the group's habit of listening to music from a car radio in the parking lot of the local White Castle restaurant in the small downtown area. Gary Grimshaw, a noted rock concert poster artist, grew up in Lincoln Park at the same time.

to maintain all your homes systems for peak performance, dependability and energy efficiency.

Home Service Corporation has provided comfort and peace of mind to our Lincoln Park and Downriver Customers since 1980. We have thousands of happy customers who call on us when they need plumbing, heating, air conditioning, or electrical service or repair. Our Technicians are in the immediate area daily making repairs and helping our customers stay comfortable in their homes and businesses.Our staff included NATE Certified Heating and Air Conditioning Technicians, State Licensed Master and Journeymen Plumbers, and State Licensed Master and Journeymen Electricians, all ready to serve you.